ECOTOURISM: What could Cuba mean for you? 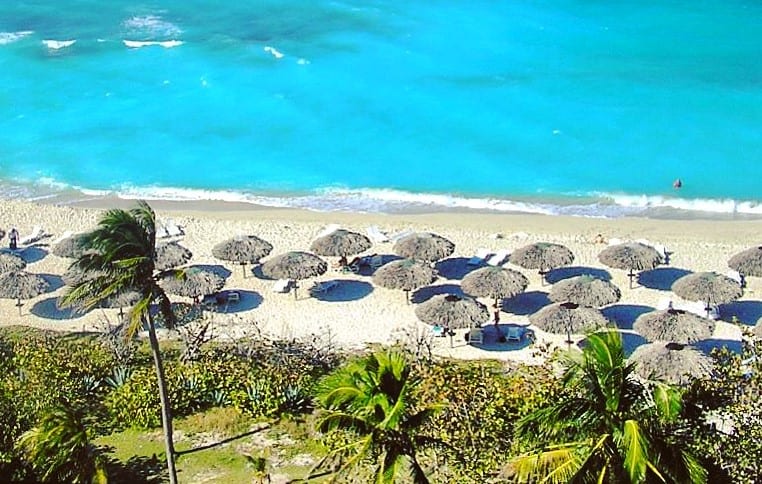 Originally published on tannercknorr.com on March 25, 2016.

In light of President Obama’s historic visit to Cuba, further thawing relations between the two countries, many enthusiastic American travelers are asking, “What can I see and do when I go to Cuba?”

Cuba is involved with many organizations that promote conservation and sustainable development.

-The biosphere reserves are essential ecotourism assets in Cuba.  Not only do they support a variety of ecosystems in the surrounding areas, they also drive economic activity through tourism.

-These UNESCO sites are already major tourist attractions to countries who have open travel to Cuba.

The American Society of Travel Agents (ASTA) estimates more than 500,000 Americans will cruise from the United States to Cuba within the first two years, and an additional one million will fly.  And according to the World Travel and Trade Council, the added source of U.S. travelers will exponentially grow the 10-year tourism revenue projections in Cuba.  Some businesses, such as JetBlue, Airbnb, Starwood, and Norwegian Cruise Line, are already preparing for this dramatic increase of tourists and creating connections and itineraries in the island nation.  It might seem pre-emptive, but these companies and others are correct in assuming that Cuba will see a drastic increase of tourists from the U.S. within the next few years.

#2: The Baconao Biosphere Reserve features forests, caves, high biodiversity, and archaeological sites, as well as supporting a human population of more than 38,000.  Around 275,000 tourists come each year to this reserve and stay in one of the thirteen accommodations or one of the three campgrounds.  About 90 percent of the population (who live in the buffer zone of the reserve) benefit from tourist activity in the reserve.

There are about 61,000 hotel rooms in Cuba.  65 percent of these rooms are 4-and 5-star.  The remaining 27,000 rooms are 3-stars or less.  About 15-20 percent  of the rooms are closed because of maintenance.  Many of these rooms are the casas particulares, or bed and breakfasts.  These are boutique hotels, sometimes unofficially recognized and owned by private citizens.  According to Michael Sykes, of The New York Times, if the embargo is lifted, around 125,000 to 150,000 rooms should be added over the next few years to keep up with demand.  Although many non-Americans currently travel to Cuba, it is possible that once Americans begin to travel to Cuba, it will be viewed as a safer or more desirable destination, thus increasing the inbound tourists further.

#3: The Alejandro de Humboldt is also on the southern part of the island and is famous for the Caribbean’s best preserved mountainous forest region.  This area is the coolest and rainiest part of the island, causing a high degree of biodiversity. Many of the rocks in this park are toxic to plants, so the flora and fauna has evolved to cope with these harsh conditions which make them more unique.

With this heightened demand, it is important that the Cuban government keep its focus on sustainable methods of tourism management, such as ecotourism.  In any location, ecotourism should ideally create jobs for the local population as well as foster positive experiences for the tourists, all without compromising the environment for the future.  Conservation and utilization of the tourism products, especially when considering the biosphere reserves and national parks, must function together in order for a feasibly sustainable operation to occur.  Without funds from tourism, or any other means, it is extremely difficult to conserve the natural environment.

#4: The Ciénaga de Zapata Biosphere Reserve is a cluster of biosphere reserves, showing several different ecosystems in one larger area.  These ecosystems include several forests, coral reefs, lagoons, and plains.  Cuban crocodiles and flamingos have their main population living in this area as well.  Some 800,000 tourists come to this biosphere reserve each year and support economic activities of the 9,000 permanent residents.  The local population has a huge and constant input of the use of this area through public hearings and council participation.  Two main goals of this area are conservation and sustainable development.

The government of Cuba promotes ecotourism because it is a major aspect of their conservation plans in the national parks and biosphere reserves. The use of ecotourism as a means of development can provide the tourist with unique memories and experiences, if the environment is maintained properly, and can even provide a reason for tourist to spend more money at a destination.  Tourists that are specifically coming to see a pristine landscape or a place where people live together with the environment in a distinct way are more likely to pay more per night, be more educated about the destination, and be more considerate of the environment.  This is the ideal situation that Cuba should work towards, even after opening up to leisure tourists from the U.S. In many ways, Cuba can serve as a beacon of ecotourism development for the rest of the world.

But, it’s not just the government’s responsibility.  Make sure when you travel to Cuba, you’re doing your part to preserve the attractions for the future as well!